Overview How to use Side effects Storage Drug interactions Overdose
Falmina is a combination birth control pill containing female hormones that prevent ovulation (the release of an egg from an ovary). Falmina also causes changes in your cervical mucus and uterine lining, making it harder for sperm to reach the uterus and harder for a fertilized egg to attach to the uterus. Falmina is used as contraception to prevent pregnancy. There are many brands and forms of this medicine available. Not all brands are listed on this leaflet.
Take your first pill on the first day of your period or on the first Sunday after your period begins. You may need to use back-up birth control, such as condoms or a spermicide, when you first start using this medicine. Follow your doctors instructions. Take one pill every day, no more than 24 hours apart. When the pills run out, start a new pack the following day. You may get pregnant if you do not take one pill daily. Get your prescription refilled before you run out of pills completely. Some birth control packs contain seven "reminder" pills to keep you on your regular cycle. Your period will usually begin while you are using these reminder pills. Use a back-up birth control if you are sick with severe vomiting or diarrhea. You may have breakthrough bleeding, especially during the first 3 months. Tell your doctor if this bleeding continues or is very heavy. If you need major surgery or will be on long-term bed rest, you may need to stop using this medicine for a short time. Any doctor or surgeon who treats you should know that you are using birth control pills. While taking birth control pills, you will need to visit your doctor regularly.
Thromboembolic and thrombotic disorders and other vascular problems (including thrombophlebitis and venous thrombosis with or without pulmonary embolism, mesenteric thrombosis, arterial thromboembolism, myocardial infarction, cerebral hemorrhage, cerebral thrombosis), carcinoma of the reproductive organs and breasts, hepatic neoplasia (including hepatic adenomas or benign liver tumors), ocular lesions (including retinal vascular thrombosis), gallbladder disease, carbohydrate and lipid effects, elevated blood pressure, and headache including migraine. The following adverse reactions have been reported in patients receiving oral contraceptives and are believed to be drug related (alphabetically listed): Acne Amenorrhea Anaphylactic/anaphylactoid reactions, including urticaria, angioedema, and severe reactions with respiratory and circulatory symptoms Breast changes: tenderness, pain, enlargement, secretion Budd-Chiari syndrome Cervical erosion and secretion, change in Cholestatic jaundice Chorea, exacerbation of Colitis Contact lenses, intolerance to Corneal curvature (steepening), change in Dizziness Edema/fluid retention Erythema multiforme Erythema nodosum Gastrointestinal symptoms (such as abdominal pain, cramps, and bloating) Hirsutism Infertility after discontinuation of treatment, temporary Lactation, diminution in, when given immediately postpartum Libido, change in Melasma/chloasma which may persist Menstrual flow, change in Mood changes, including depression Nausea Nervousness Pancreatitis Porphyria, exacerbation of Rash (allergic) Scalp hair, loss of Serum folate levels, decrease in Spotting Systemic lupus erythematosus, exacerbation of Unscheduled bleeding Vaginitis, including candidiasis Varicose veins, aggravation of Vomiting Weight or appetite (increase or decrease), change in The following adverse reactions have been reported in users of oral contraceptives: Cataracts Cystitis-like syndrome Dysmenorrhea Hemolytic uremic syndrome Hemorrhagic eruption Optic neuritis, which may lead to partial or complete loss of vision Premenstrual syndrome Renal function, impaired
Store this medicine at room temperature away from moisture and heat.
Changes In Contraceptive Effectiveness Associated With Coadministration Of Other Products Contraceptive effectiveness may be reduced when hormonal contraceptives are coadministeredwith antibiotics, anticonvulsants, and other drugs that increase the metabolism of contraceptive steroids. This could result in unintended pregnancy or breakthrough bleeding. Examples include rifampin, rifabutin, barbiturates, primidone, phenylbutazone, phenytoin, dexamethasone, carbamazepine, felbamate, oxcarbazepine, topiramate, griseofulvin, and modafinil. In such cases a back-up nonhormonal method of birth control should be considered. Several cases of contraceptive failure and breakthrough bleeding have been reported in the literature with concomitant administration of antibiotics such as ampicillin and other penicillins, and tetracyclines. However, clinical pharmacology studies investigating drug interactions between combined oral contraceptives and these antibiotics have reported inconsistent results. Several of the anti-HIV protease inhibitors have been studied with co-administration of oral combination hormonal contraceptives; significant changes (increase and decrease) in the plasma levels of the estrogen and progestin have been noted in some cases. The safety and efficacy of oral contraceptive products may be affected with coadministration of anti-HIV protease inhibitors. Healthcare providers should refer to the label of the individual anti-HIV protease inhibitors for further drug-drug interaction information. Herbal products containing St. Johns Wort (Hypericum perforatum) may induce hepatic enzymes (cytochrome P 450) and p-glycoprotein transporter and may reduce the effectiveness of contraceptive steroids. This may also result in breakthrough bleeding. Increase In Plasma Levels Associated With Co-Administered Drugs Co-administration of atorvastatin and certain oral contraceptives containing ethinyl estradiol increases AUC values for ethinyl estradiol by approximately 20%. Ascorbic acid and acetaminophen increase the bioavailability of ethinyl estradiol since these drugs act as competitive inhibitors for sulfation of ethinyl estradiol in the gastrointestinal wall, a known pathway of elimination for ethinyl estradiol. CYP 3A4 inhibitors such as indinavir, itraconazole, ketoconazole, fluconazole, and troleandomycin may increase plasma hormone levels. Troleandomycin may also increase the risk of intrahepatic cholestasis during coadministration with combination oral contraceptives. Changes In Plasma Levels Of Co-Administered Drugs Combination hormonal contraceptives containing some synthetic estrogens (eg, ethinyl estradiol) may inhibit the metabolism of other compounds. Increased plasma concentrations of cyclosporin, prednisolone and other corticosteroids, and theophylline have been reported with concomitant administration of oral contraceptives. Decreased plasma concentrations of acetaminophen and increased clearance of temazepam, salicylic acid, morphine, and clofibric acid, due to induction of conjugation (particularly glucuronidation), have been noted when these drugs were administered with oral contraceptives. The prescribing information of concomitant medications should be consulted to identify potential interactions
Seek emergency medical attention or call the Poison Help line at 1-800-222-1222. Overdose symptoms may include nausea, vomiting, and drowsiness. 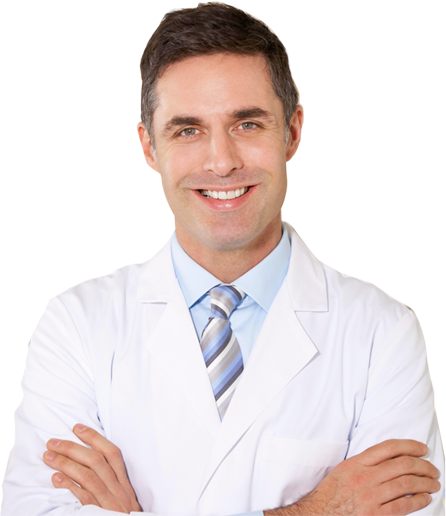